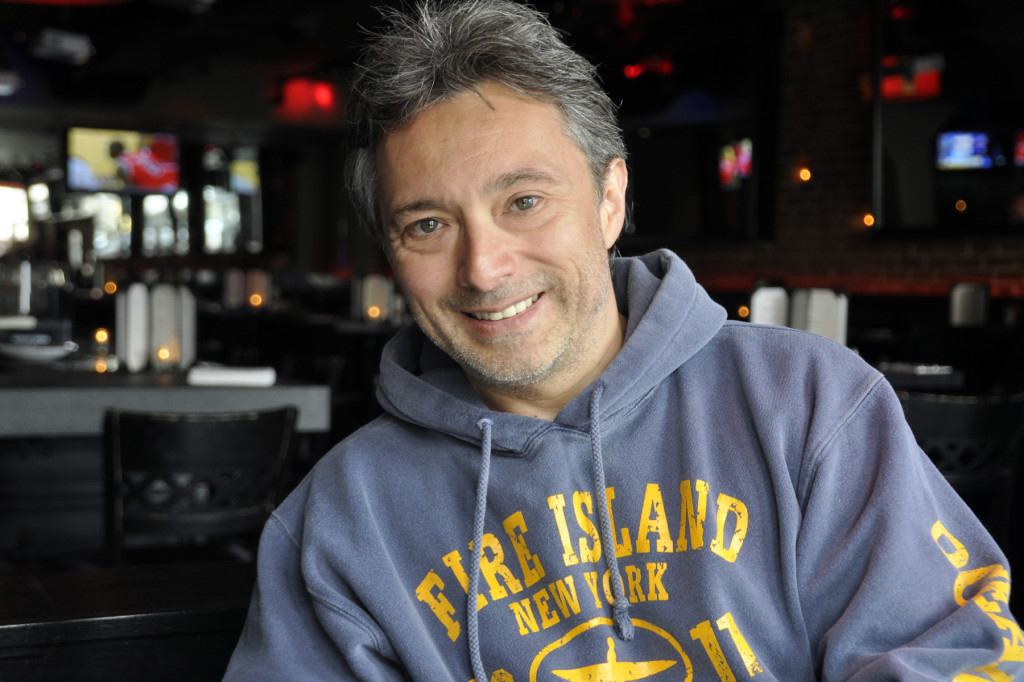 It’s very hard to catch him smiling naturally. So, as I did in this restaurant during lunch, I often snap a few photos in a row hoping for that “in-between” moment when he’s more relaxed. I think I got it here! This photo has a nice natural background since I used only the light from the window my subject was facing for lighting, rather than using my flash. And since my ISO was set to 400, my shutter speed was a slower 1/50th of a second (I turned on the anti-shake on the lens to eliminate any blur that might have occurred from hand-shake). That slower shutter speed allows the shutter to remain open long enough to capture the ambient light in the background, also lit by the large bright windows. The result is a nice shot that shows the whole scene. So when indoors, ask for a seat near a window and capture the ambiance of the whole scene.